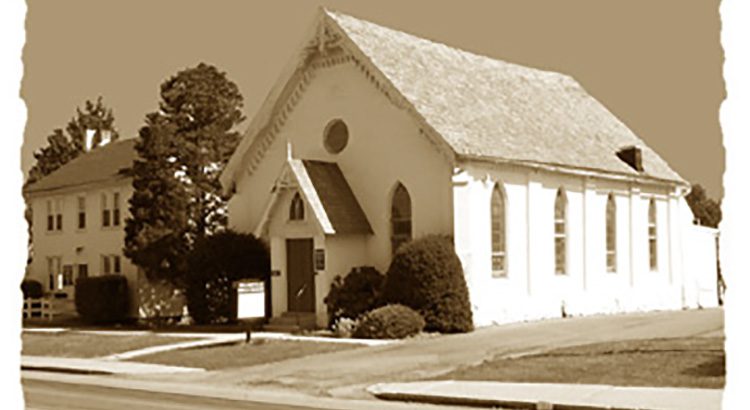 The story of Millersville Bible Church begins at the end of a previous congregation who faced the painful reality of their imminent demise and decided that they valued the work of God in this university town more than their identity as a congregation. After serving the Millersville community for 21 years, the Evangelical Mennonite congregation had steadily dwindled until 1985, when only seven members remained. Finding it impossible to move forward, this small group implemented a series of decisions that were as unlikely as they were courageous. First, they recognized the need for a vibrant evangelical witness in the community. Second, they understood the strategic value of their location near the campus of Millersville University. Third, they determined that if the church were to move forward, they would need to relinquish ownership of the church and seek new leadership with fresh vision and energy.

And so, on April 16, 1985, God honored their commitment and called Steve and Becky Cornell to take on the seemingly impossible task of leading what would become Millersville Bible Church (June 3, 1985). Together, the aging congregation and the young couple confronted the odds that God is so fond of overcoming. Slowly the work began to grow as God opened doors into the community and the university. By the second year, the congregation had grown to more than 80, 50 of whom were university students. The excitement was balanced with the challenges of growth, not the least of which was the strain of limited financial resources combined with a woefully inadequate building. Pastor Steve had to be involved in outside employment for the first four years of the work. Along with financial pressures, Steve and Becky were greatly tested as they planted a family and a Church at the same time. But God proved His faithfulness, blessing Steve’s commitment to preaching the Word and the congregation’s willingness to share the burdens of the young ministry. They focused their energies not only on the community, but also on the unique needs of college students – a blend that marks the ministry to the present.

Today, the original congregation of 11 has grown to 600+. The small, dilapidated building on Frederick Street witnessed the addition of office space next door, and then succumbed to the wrecking ball to make room for more suitable meeting space to accommodate the thriving student ministry. In 1998, the congregation purchased the former Lancaster Youth For Christ building and 30 acres of land located on the New Danville Pike. After a year of extensive remodeling, the congregation moved into its present worship and educational facilities. As with any healthy church, the history of growth is chronicled by the development of effective leadership. The church that began with a young, bi-vocational pastor has witnessed the steady addition of elders, pastors, and ministry leaders to serve the needs of the active congregation: Six elders bear primary responsibility for shepherding the flock; five fulltime pastors minister to the diverse needs of the congregation; and the various ministries are led by a growing number of dedicated staff and volunteers.

Who would have dared to imagine at the beginning what God would do? MBC started as a hand full of people relying on the power of God to overcome the odds stacked against their survival, but today the church that almost closed its doors is impacting the community, the nation, and the world for Christ. The early commitment to serving the students of MU has blossomed into a broad ministry reaching students, faculty, athletes, and coaches. The believers at MBC join many others in serving the ministries of Susquehanna Valley Pregnancy Services and the Water Street Rescue Mission. The teaching ministry of Steve Cornell steadily expanded beyond the doors of MBC to reach the local community through a monthly newspaper column, and daily and weekly radio ministry on WJTL. Steve also had the privilege to reach a national audience through numerous conferences, publications, and participation in several national radio programs. Each year the adults and youth of the church participate in several short-term mission projects. Additionally, MBC has experienced the joy of sending seven of her own to serve in various missions overseas. The associate pastors and staff serve the local body of Christ in a variety of ways, ranging from coordinating regional youth events to organizing camp meetings.

At Millersville Bible Church our mission is to love and glorify God, through the Holy Spirit, as we follow Christ, love people, and serve faithfully